Boateng who made the announcement via social media, said they decided to “permanently terminate” their marriage after 4 years. He added that they will respect each other’s position and in complete serenity for the sake of their son. 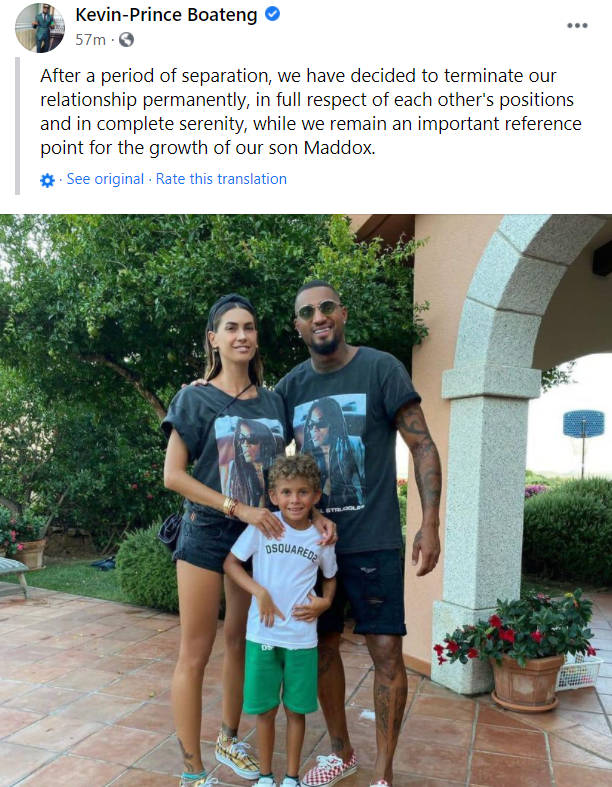 Melissa also posted a similar message on Instagram, thanking him for their relationship. See her post below;

Boateng, 33, married Melissa, 34, in 2016 but rumours of their separation have been frontpage tabloid news in Italy for over a year.

His first marriage to Jennifer ended in 2011 and she currently lives in Berlin with his first son Jermaine Prince Boateng.

Mompha threatens to sue over allegations of dating crossdresser, Bobrisky

Man request for $4.5M in damages after discovering that his neighbor is the father of a child

P. Diddy spotted with another mystery woman at his Miami Beach mansion few days after he was pictured kissing model Tina Louise (Photos)

Woman’s ‘heart explodes’ after having cosmetic treatment for stretch marks