Federal prosecutors have said in a new court filing there is “strong evidence” that the pro-Trump rioters who invaded the U.S. Capitol last week intended “to capture and assassinate elected officials in the United States government,” including Vice President Mike Pence.

Prosecutors also noted in that filing that “news reports suggest that the U.S. Capitol siege may just be the beginning of potentially violent actions from President Donald Trump’s supporters.”

The filing by the office of Arizona U.S. Attorney Michael Bailey asked a judge on Friday to detain Jacob Chansley, one of the most notorious Jan. 6 rioters arrested so far, without bail. They said he has planned to return to Washington for President-elect Joe Biden’s inauguration next week. 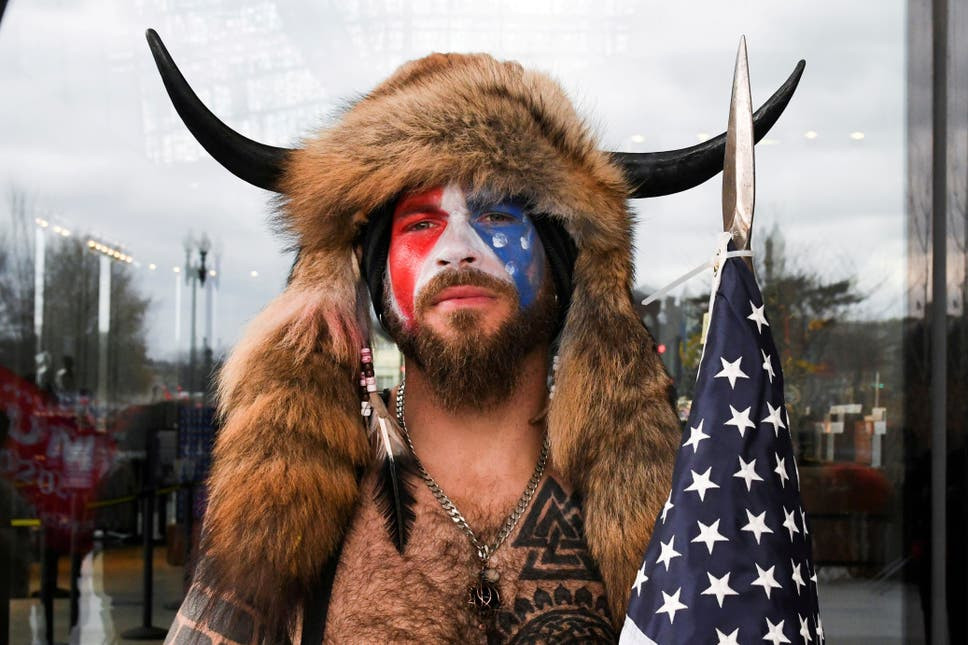 “Chansley is a self-proclaimed leader of the QAnon,” a group of conspiracy theorists that believes many U.S. lawmakers are part of a ring of child molesters and Satan worshipers, filing said.

“Chansley is an active participant in and has made himself the most prominent symbol of a violent insurrection that attempted to overthrow the United States government,” prosecutors wrote.

The filing says that Chansley, who was wearing face paint and a hat with horns on it, raced up to a dais in the Senate “where Vice President Pence had been presiding just minutes before, and began posing” to be photographed by other rioters.

Pence was presiding over a joint session of Congress to formally confirm the election of Joe Biden as president on that day.

“Strong evidence, including Chansley’s own words and actions at the Capitol, supports that the intent of the Capitol rioters was to capture and assassinate elected officials in the United States Government,” prosecutors wrote in their filing.

“Chansley left a note on the Senate Chamber dais, where Vice President Mike Pence had been presiding over the session just minutes before, warning ‘it’s only a matter of time, justice is coming.’ ”

Prosecutors said that when the FBI questioned Chansley about the meaning of his words, he “went on a lengthy diatribe describing current and past United States political leaders as infiltrators, specifically naming Vice President Mike Pence.”

While Chansley, who is also known as Jacob Angeli, claimed that he did not mean the note as a threat, “the Government strongly disagrees,” the filing said.

Prosecutors noted that, “Chansley also expressed his interest in returning to Washington D.C. for the inauguration, later telling the FBI: ‘I’ll still go, you better believe it.’ ”

In an video interview outside the Capitol as he and other rioters left the complex, Chansley said that he left the Senate floor and “the cops just walked out with me.”

He also said the mob was leaving because Trump had posted a message online asking them to do so, and that rioters had “won” the day.

ProPublica reported that last month two women warned Capitol police about Chansley, whom they had seen outside the building “strangely dressed” and “carrying a spear.”

“He was a figure they would come to recognize Jacob Chansley, the QAnon follower in a Viking outfit who was photographed last week shouting from the dais of the Senate chamber,” ProPublica reported about the women, Melissa Byrne and Chibundu Nnake.

“They alerted the Capitol Police at the time, as the spear seemed to violate the complex’s weapons ban, but officers dismissed their concern, they said,” according to ProPublica.

″ One officer told them that Chansley had been stopped earlier in the day, but that police ‘higher ups’ had decided not to do anything about him.

″ ′ We don’t “perceive it as a weapon,′ Nnake recalled the officer saying of the spear,” the article said.

Bryne tweeted Friday, writing, “I am exceedingly livid that I reported this a—- to the USCP on 12/14 for carrying a weapon on Capitol Grounds and was told ‘higher-ups’ okay’d him being there. I am seething. Imagine if he would have been arrested and investigated.”

This comes days after Donald Trump was impeached by the House of Representatives for inciting the mob, which stormed the Capitol building.

Nigeria declares Monday as it is celebrates its 62 years!

No more ‘Visa on Arrival’ for Nigerians landing in Ethiopia

Lionel Messi may return to Barcelona when his PSG contract expires’

‘My Husband Suffered From Depression For Many Years’ – Aisha Buhari

Help! ‘My Priorities In Life Has Changed’ – Hushpuppi Cries

If Prostution is a sin, pastors would not patronize us — Hookup girl reveals

Students nabbed having s3x publicly at a party in Anambra state