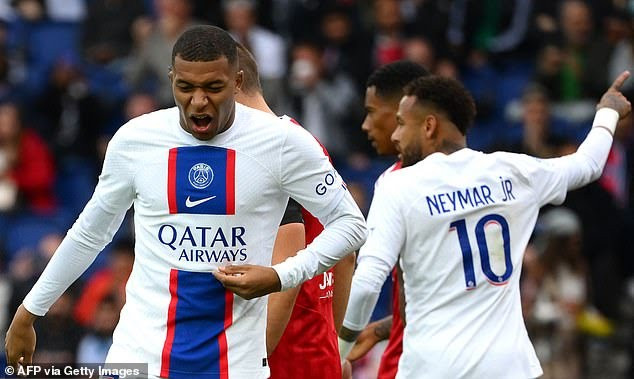 A new report has revealed the deteriorating relationship between PSG stars Kylian Mbappe and Neymar.

L’Equipe reports that the pair’s relationship ‘has gone from cool to polar’ this season in a serious threat to the team’s harmony.

The reports claims Mbappe, 23, who signed a new bumper contract this summer to keep him at the club – reportedly does not want the Brazilian in the side at all, while 30-year-old Neymar ‘has been left astonished by the influence Mbappe has been given.’

It added that Mbappe would not have opposed the sale of Neymar, who has been with the French champions since 2017, over the summer as the new football advisor Luis Campos reshaped the squad.

However, that departure did not happen and Neymar has become convinced that Mbappe was a driving force in trying to persuade the management to sell him.

The report adds that the two players put on smiles in public and celebrate goals together to pretend everything is fine but behind the scenes things have reportedly turned very frosty.

Lionel Messi has been acting as something of a mediator to keep PSG’s season on course, L’Equipe report.

Just in August, there was an argument between the pair over a penalty during PSG’s win over Montpellier .

Mbappe had missed a penalty earlier in the game and thought he would have a second chance when PSG were awarded another one.

However, Neymar took over and converted from 12 yards. Mbappe would later score a goal but refused to celebrate, which frustrated his team-mates.

Mbappe, speaking after France’s win over Austria, said: ‘I have a lot more freedom here [with France]. In Paris, it’s different, there isn’t that. I am asked to do the pivot, it is different.’

Neymar, after Brazil beat Ghana in Le Havre, was questioned about relations with Mbappe. He replied ‘with Kylian?’ and then left the interview area.

There was an on-pitch row between the pair over penalty duties during PSG’s 5-2 win over Montpellier in August. 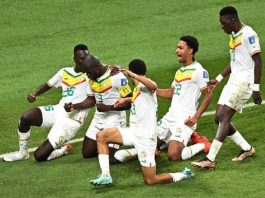 Senegal team to qualify for World Cup’s round of 16 after... 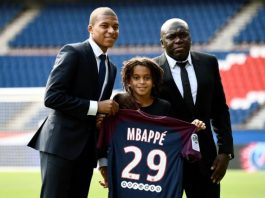 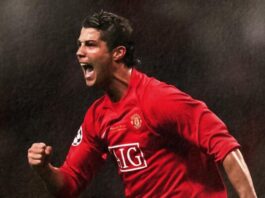 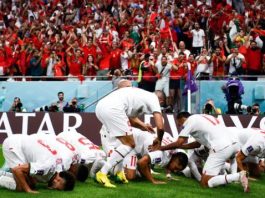 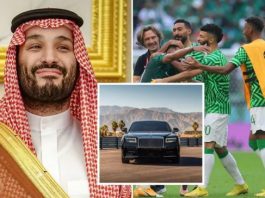 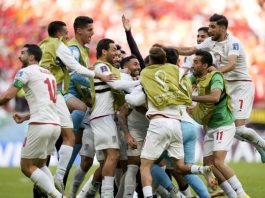 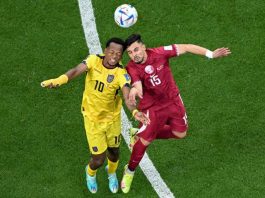 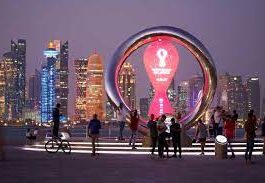 Qatar 2022: The World Cup That Changed Everything 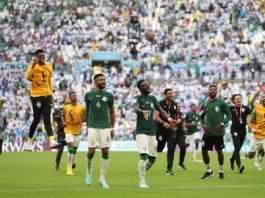 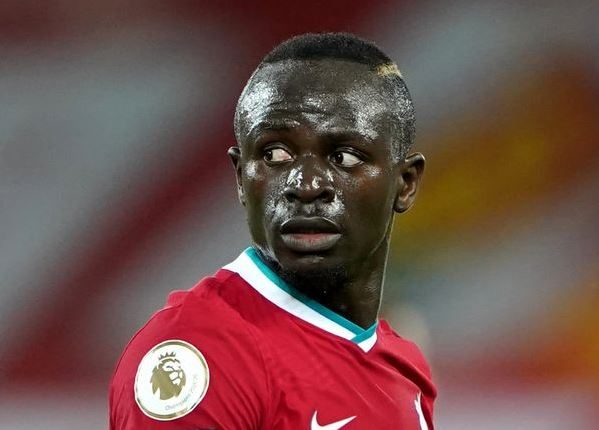 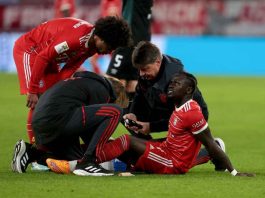 Breaking: Sadio Mane ‘ruled out of 2022 World Cup in Qatar’ 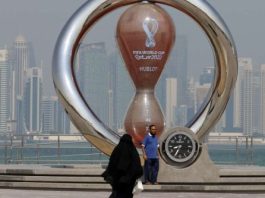