Kenya: Husband accused of killing his wife for saying ‘he wasn’t good enough’ after they had sex

“I am tired of always being the problem at Barcelona” – Messi

Lionel Messi has revealed he is “tired of always being the problem” at Barcelona after receiving criticism from the uncle and former agent of club team-mate Antoine Griezmann last week.

Messi, one of the greatest players in football history was accused of implementing a “regime of terror” in Barca training by Griezmann’s former agent Eric Olhats. 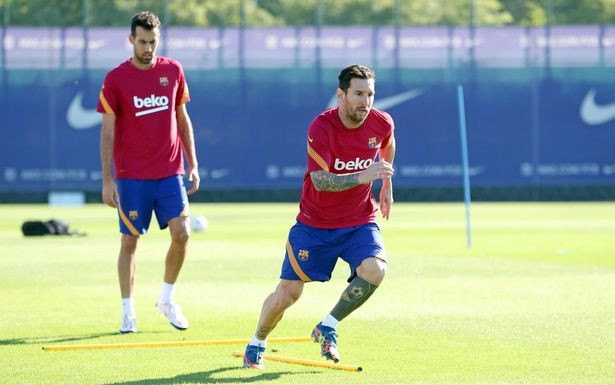 “[Griezmann] was convinced that he wasn’t going to be successful within the first six months, but what I didn’t expect was that it would last an entire year,” Emmanuel Lopes told El Chiringuito.

“Besides, with Messi, I know what’s going on inside [the club] – it’s not easy.

“Basically, [Messi] doesn’t work hard enough at Barca and the training sessions are structured in order to please certain people, which is fine if you don’t want to work [as hard].”

“Antoine needs to work, even though others don’t need as much effort to play well.”
“He’s the other way around – he needs to put in a lot of effort for himself.”

Messi has now responded to the criticisms.

On Wednesday after Messi landed in Barcelona from international duty with Argentina, he hit back at Lopes and Olhats’ accusations and told reporters at the airport he is “tired of always being the problem”.

The 33-year-old said: “The truth is that I’m tired of always being the problem of everything at the club.”

Griezmann endured a frustrating debut season at Barca last season after sealing a £107million move from Atletico Madrid. He admitted at the end of last season that it took him a while to “get along” with Messi.

When recently quizzed on his relationship with Messi, the forward said: “It has been similar to me relationship with [Kylian] Mbappe, at first we did not meet through the passes and it took me a long time to get along with him.

“With Messi everything will be better”.

“Why I snubbed Manchester United for Chelsea” – Mikel Obi recounts

Kenya: Husband accused of killing his wife for saying ‘he wasn’t good enough’ after they had sex

Taliban: Afghan refugees holed up in UK hotels wants to go back to Afghanistan

DJ Khaled and his family grace the cover of Parents Magazine, 2021 (photos)

South Africa: 31 prisoners escape after the truck transporting them to court was hijacked