Before Prince Harry, who stepped back from his royal duties to protect his wife, there was King Edward VIII who abdicated his throne so...
More

Text exchanges between Alexander Wang and a male model who accused him of sexual assault have been released as the fashion designer slammed allegations from multiple men again in an email to staff.

On December 11, model Owen Mooney alleged in a TikTok video that a “really famous fashion designer” sexually assaulted him at a “packed” club in New York in 2017. read previous report here.

In a memo obtained by DailyMail, which was sent to his staff on Monday, Wang wrote: ‘I wanted to take the time to write to you all and thank each and every one of you who have been standing by me and the brand after the difficult past few days.

‘You are my community, my priority and I am fully aware that the recent news has also affected you. I hope this note that I am sending before we post on company socials later today, helps to answer some of your questions and alleviate some concerns.’ 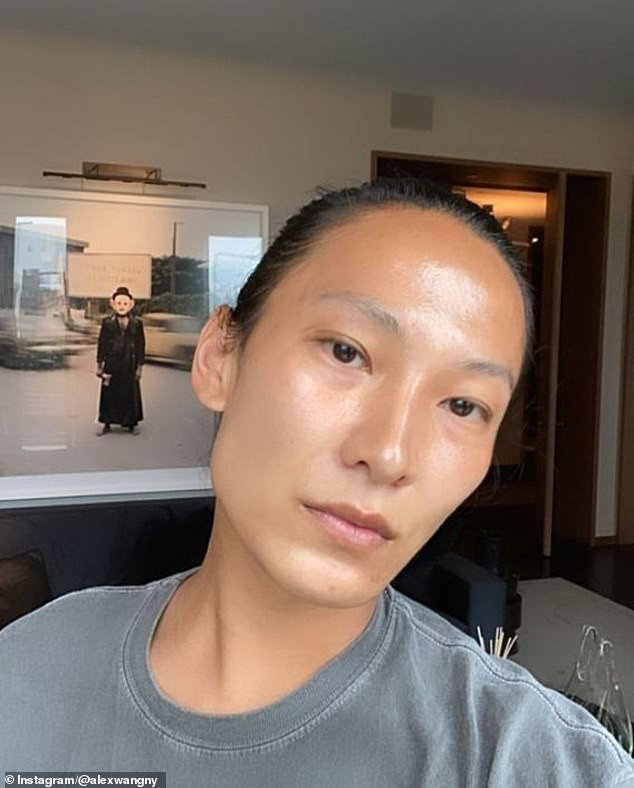 Wang said that he remains ‘committed’ to his employees and his brand ‘and will do everything in my power to guide us through this process with the utmost transparency’.

‘Firstly, I’d like to take the opportunity to connect directly with the people who have helped me grow this brand into what it is today and address the recent false, fabricated and mostly anonymous accusations against me.

‘While I have always been active in my social life, frequently attending various industry gatherings, parties and concerts where drugs and alcohol were present- but contrary to what has been said, I have never taken advantage of others in a sexual manner or forced anything on anyone without consent.

‘I also have never abused my status or fame for my own benefit. These baseless allegations were started on social media by sites which repeatedly disregarded the value and importance of evidence or fact checking,’ Wang said.

He then wrote that he is making it his ‘priority to prove these accusations are untrue and are fueled by solely opportunistic motives’.

‘It is important for people to speak up about and be heard but there is a need to ensure accusations are credible, so that we don’t harm these important causes. Our team is doing everything in its power to investigate these claims and we promise to remain honest and transparent throughout that process.

‘We are fortunate to have received an overwhelming amount of support over the last few days and are thankful to our staff, clients, and industry peers for standing by our side at this time,’ he concluded.

In addition to the memo, his representatives also released text messages to Daily Mail on Monday January 4, that showed exchanges between Wang and one of his accusers, Nick, who said the fashion designer performed sex acts on him while he was in a blacked-out state in a club.

Their first exchange is dated in late 2019 after the alleged incidents are said to have taken place. It shows Nick telling Wang that he’s in Brooklyn with friends.

‘I’m out in Brooklyn at a friends – you??’ Nick asks. Wang responds: ‘Just left a shoot in BK. Heading back into city.’

According to the exchange, Wang didn’t respond to that message, with Nick writing to him again a week later: ‘Hey how’s it going? Are you having a party next week with Adidas?’

It doesn’t appear that Wang responded to that message either. On January 18, 2020, Nick wrote: ‘Alexxx are you out??’ Wang responded: ‘Nope at home. You?’

On January 31, 2020, Nick texted Wang about smoking and chilling together.

‘Down to smoke and chill sometime,’ Nick writes, to which Wang responds: ‘Sat?’

‘Going to a club which we usually do,’ Nick says. Wang replies: ‘Oh Hahahaha yea. Gonna prob stay in tonight.’

Other exchanges include one from May and June 2020.

In May, the men discuss Nick moving out of New York City after losing his job amid the coronavirus pandemic. ‘Would be nice to club again before I head out lol,’ Nick tells Wang.

In the June exchange, Wang told Nick that he was in Connecticut after getting a place there for the summer. ­

Meanwhile, it was revealed on Monday by Page Six that Lisa Bloom will be representing the male models who have brought accusations against Wang.

‘The fashion industry is long overdue for a reckoning on its frequent, disturbing mistreatment of models. I’ve represented many alleging sexual misconduct in recent years, including against Paul Marciano, Bruce Weber, and others,’ she told Page Six.

‘Models are not props, and they have the same rights to workplace respect as everyone else,’ she added.

Bloom, who is representing Nick, told DailyMail.com in a statement on Monday: ‘The idea that a friendly text exchange between a sexual assault accuser and the accused after the alleged assault negates the accuser’s credibility is false, and based on an outdated understanding of sexual assault.

‘In virtually every case, a victim of someone they know, and especially a celebrity they admire and trust, will continue the relationship for a period of time, due to the psychological mechanisms of denial and shame.

‘Put simply, it’s hard to get your mind around the idea that someone you admire took advantage of you,’ Bloom said, noting: ‘It takes the passage of time and some maturity for a victim to look back and say, wait a minute, that wasn’t right.’

Adele and her ex. Simon Konecki ‘finalise their divorce 2 years after their seperation’

Adele and her ex-husband Simon Konecki have reportedly finalised their divorce, nearly two years are they separated.  The 32-year-old singer and the charity CEO, 46,...
Read more
Gossip

Australia: Attorney General in a sex scandal, the victim was raped in 1988

Australia's Attorney General, Christian Porter is at the centre of a rape accusation that is threatening to end his political career. A letter sent to...
Read more
Gossip

Zimbabwe's Vice President Kembo Mohadi on Monday March 1, resigned after being accused of sexual misconduct.  This came after audio recordings of phone conversations in which Mohadi...
Read more

Prophetess Rose Kelvin AKA the Voice Of Solution helps the needy

Cubana Chief Priest allegedly assaults one of his workers (photos)

Elliot Page files for divorce from Emma Portner after publicly coming out as transgender.

Born without a womb gives birth after wowb transplant

Ronaldinho talks about his mother’s death

Cardi B shares naked photo of US First Lady

Ryan Russell, NFL star, opens up on being gay

Self-acclaimed Jesus has been detained by special forces in Siberia

How Bobrisky lied to his father about his changed identity

#EndSARS: Families are afraid to speak up on their losses during the Lekki shootings- Femi Falana