Before Prince Harry, who stepped back from his royal duties to protect his wife, there was King Edward VIII who abdicated his throne so...
More

Fr Sergiy was detained in a raid in the early hours of Tuesday, December 29, after clashes between police and his followers which lasted about an hour.

He was arrested during a raid on a women’s monastery known as Sredneuralsk convent near Yekaterinburg, that he had taken control of. 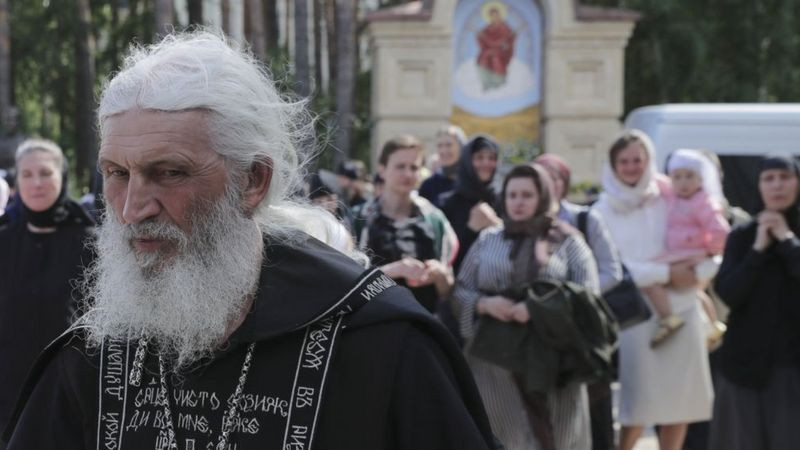 The former priest took over the convent in June after the Russian Orthodox Church banned him from preaching, and refused to leave.

The controversial cleric was barred from preaching in April and then stripped of the right to wear a cross in May after he encouraged the faithful to disobey public health orders.

Speaking to hundreds of his church members,he has denied the existence of the coronavirus pandemic and encourages minors to kill themselves, according to reports.

Russian authorities shut churches to worshippers between April and June, prompting Fr Sergiy to accuse them of co-operating with “forerunners of the Antichrist”.

Later Fr Sergiy’s supporters posted a video message in which he said that he was OK.

“Forgive them, Lord, for they know not what they do, and even if they do, forgive them anyway,” Sergiy reportedly said as he was arrested.

The charge sheet against Fr Sergiy, published in local news website Ura.ru, says that he “publicly urged no fewer than 10 nuns” to take their own lives and posted a recording of his speech on YouTube.

During the sermon he is seen asking his congregation, which includes children, whether they are ready to “go to the cross” for Russia, their children and their future.

The clergyman was a former policeman, and spent 13 years in a prison colony for murder. He was released in the late 1990s.

Father Sergiy has made numerous controversial claims in the past, including suggesting the Antichrist would soon rise in Russia as a counterpart to President Vladimir Putin. He has criticised laws he disagrees with, including those banning domestic violence and anti-Semitic sermons.

A teenager had no idea she was pregnant at 17 until she gave birth to a surprise baby. Siobhan Buchanan, of Perth, Scotland, still fit into her...
Read more
Strange

South Africa: Man haunted by ‘spirit’ of girlfriend he strangled and burned

A South African man who claimed to have been haunted by the spirit of his girlfriend he murdered more than 20 years ago has...
Read more
Strange

Thousands of fake COVID-19 vaccine doses have been seized in South Africa and China as Interpol warned the raids were 'only the tip of...
Read more
Strange

Pastor beaten to coma for refusing to allow masquerade in church

There was a mild drama in a church in Kogi as youths beat up a clergyman for refusing to allow them to perform their...
Read more

Prophetess Rose Kelvin AKA the Voice Of Solution helps the needy

Dr DRE:Nicole Young under investigation for embezzling more than $385k from rapper’s business account amid their $1billion divorce case

Nigerian woman dies a day after her wedding

Suicide rates on the increase amongst Nigerian youths